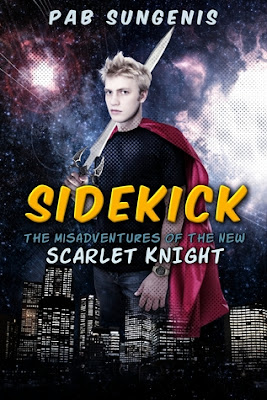 SIDEKICK: THE MISADVENTURES OF THE NEW SCARLET KNIGHT

Bobby Baines is in high school, which is bad enough. But things go from bad to worse when his hero, Scarlet Knight, dies. Bobby is forced to take up his mantel, becoming the new Scarlet Knight. Only Scarlet Knight never had to deal with eeking out a passing grade in math, keeping his fellow sidekicks in check, or stopping a giant squid from bearing down on his high school and crushing everyone inside. All this while trying to get the girl! It’s going to take a lot more than a cape, sword and fancy watch to fill Scarlet’s Knight’s shoes. After all, Bobby Baines is no super hero, he’s a Sidekick!

Born in the swamps of Southern New Jersey, Pab Sungenis developed a childhood fascination with cartooning and drew a daily strip for his own amusement for two years before realizing he couldn’t draw. He wound up in broadcasting, worked for numerous stations including WSBU, WOND, WMGM, WSKR, WBNJ, WWBZ, and WKTU. He describes his drawing ability as like that of “a mentally challenged rhinoceros on a Ny-Quil bender”, but thanks to the wonders of photo-manipulation and computer image editing, on February 8, 2006 he found himself creating The New Adventures of Queen Victoria, which has appeared ever since, first on Comicssherpa.com., and now in online syndication with gocomics.com. Pab Sungenis is available for quotes, signings, video or podcast appearances, and all opportunities relative to SIDEKICK: THE MISADVENTURES OF THE NEW SCARLET KNIGHT.

Check out the cool excerpt!

Me: So, Pab, what inspired this story?
Pab: You never know what will trigger it. Sometimes it’s a word. Sometimes it’s a scent. In this case, it was an image that popped into my head.
Me: Can you tell us what your journey to publication was like for SIDEKICK THE MISADVENTURES OF THE NEW SCARLET KNIGHT?
Pab: In the fall of 2009 I was gearing up for another stab at National Novel Writing Month, an annual exercise during which participants set out to write a 50,000 word novel in 30 days. I was going through my stack of ideas, trying to decide what I would take a stab at that year, when a completely new thought entered my head unbidden. I pictured a book cover with a classic superhero costume lying on the floor. Behind it, some kind of helmet. In front of it, a pair of high top sneakers.
I quickly pulled out a fresh sheet of paper and started scribbling the basic outline for a story I called Squire, based on the name I’d planned to give the sidekick of a superhero an old writing buddy and I had come up with a couple of years before when writing a failed TV pilot based on a hero’s home life.
I started writing, on schedule, on November 1st, 2009. Twenty-eight days later, I had a 68,000 word manuscript in my hands. I’d written my story in (for me) record time.
I sat down and re-read what I’d written; jotting some notes in the margins for minor modifications I thought would be needed. Overall, I was very happy and had a sneaking suspicion that I had something special.
Sadly, I was the only one who thought that.
“Please don't take this rejection as a comment on your writing ability, because it isn't intended to be one….” That was a typical response I received. “Thank you for giving me the opportunity to consider your work, but I'm sorry to say that I'm going to pass on reading more.” “You have an intriguing premise, but....”
I went back and revisited the manuscript. I hacked out scenes. I added new scenes. I killed off more and different characters. I brought others back from the dead. I changed the title. I re-plotted, re-worked, and re-submitted.
“I'm sure you've heard the ‘agenting is very subjective’ bit before…”
Re-jected.
By the time the dust cleared, I’d racked up a total of 112 rejections for the manuscript, more than I’d gotten for anything I’d shopped before, and in a shorter space of time.
Once again, I’d broken my personal record.
I’d decided to do something drastic. I went in and hacked out the entire last third of my book. I decided to completely change the ending, add several new scenes, completely change the tone and the theme, and do anything I could to make the book marketable. Before I could get more than about a hundred words out of my now-fried brain, however, I got a message from Georgia McBride at the YALITCHAT website. I’d used their “agent mailbox” service for a couple of the 112 rejections I’d managed to achieve, and she remembered the pitch. She asked if she could read the manuscript. I sent her the most complete one that I had. After all, someone should have the pleasure of reading it. Then I went back to plotting my new ending.
I got an E-mail with an offer. Not only to buy the book, but to buy a sequel that I hadn’t even considered writing before.
Just like that, my manuscript went from historic failure to potential success. I had a publisher behind it who believed in it. I had editors who could guide my hand through further changes. I still needed to change the ending, but only to leave a few doors open for a brand new story in a sequel.
The moral of the story? Persistence pays off. The number of rejections I chalked up didn’t mean anything once the big acceptance came through.
Sidekick: The Misadventures of the New Scarlet Knight is about to hit bookshelves. I love the cover that the publisher came up with for it, but in my mind, the cover will always be that image that popped into my mind that cold October night.
Me: That's so awesome! Thanks for sharing. I always find it so interesting to hear about the whole journey to publication. Congrats to you!

Now for the giveaway. Yay!

Grand prize includes a print copy of SIDEKICK: The Misadventures of the New Scarlet Knight, Kick-Ass DVD, and a Superhero mask set. Grand prize is open to US residents only.

Five ebook copies of SIDEKICK: The Misadventures of the New Scarlet Knight will also be given away, open internationally. 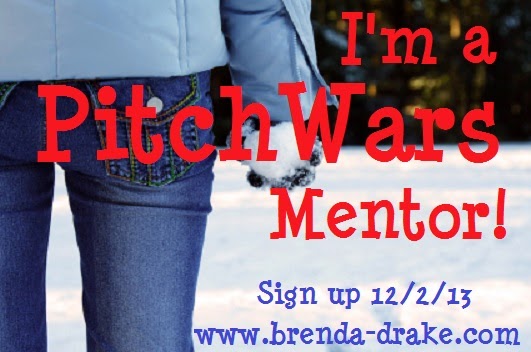 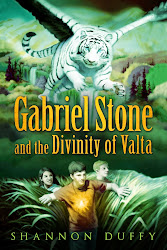 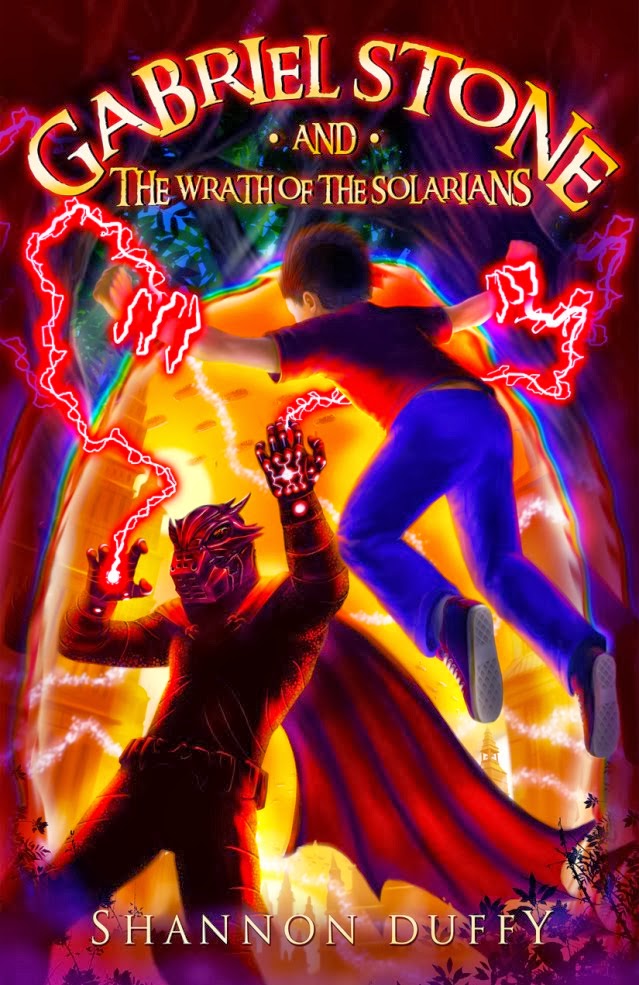 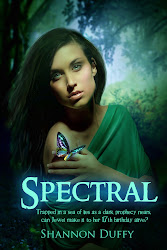